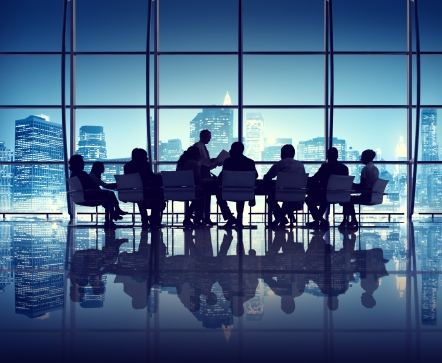 Increasing scrutiny of corporate behaviour and a claim-friendly legal environment have accelerated claims for wrongful acts made against company directors and officers in recent years. There have been many allegations including breach of duty, neglect, breach of contract, breach of employment legislation and breach of health and safety legislation.

What are the duties and responsibilities of directors and officers?

It is increasingly difficult for directors to keep up to date and fully understand all the responsibilities and duties required from them leading to directors frequently being held personally liable for claims of breaching duties or responsibilities that they are not aware.

Company Directors’ & Officers’ Liability Insurance (also known as D&O) provides financial protection for the directors and officers of a company in the event of an action being brought against them.

Who is it designed to cover? A D&O Insurance policy provides directors and officers with financial protection against actual or alleged ‘’wrongful acts’’ when carrying out their duties. The inclusion of ‘Entity Cover’ provides protection where claims are also made against the company and not just individuals.

Why should we purchase it?

Legal actions can be brought by many different parties including investors, regulators, shareholders, staff members, disgruntled customers or even liquidators. These claims may well be frivolous or malicious in their nature but will still require defending which can involve significant quantities of both time and precious finances.

How does it work?

The policy is designed to pay for any defence costs and financial losses that occur up to the limit of the policy within the policy parameters. A typical D&O policy will normally be constituted of the following Insuring Clauses: Providing cover for the individual directors and officers for those situations where they have been accused of committing a Wrongful Act and their company is either unwilling or unable to indemnify them and Providing cover to the entity where an individual has been or may be indemnified by their company.

Who pays for it?

D&O policies are funded by the company unless an individual chooses to purchase a policy to cover a number of directorships with a ring-fenced limit.

1 The directors of a company were sued by an ex-director for allegedly conspiring to deny him the pension benefits that he was entitled to. Defending the claim personally cost the directors of the firm a significant five figure sum.

2 The directors of a company allowed their company to continue to trade although they knew that insolvency was inevitable. During this period a significant VAT liability was created which could not be collected by Revenue as a result of the insolvency.

3 A managing director and several senior staff faced a criminal prosecution for allegedly breaching health and safety legislation, these alleged actions resulted in the accidental deaths of two employees.

4 A business was being investigated for polluting a waterway; a senior member of the organisation was required to give evidence resulting in significant legal representation costs.

5 An investor had been given certain representations about the trading position and solvency of a company which transpired to be misleading. The investor subsequently brought an action against the directors for misrepresentation.

How much will this insurance cost?

D&O products are relatively inexpensive. D&O premiums can start from as little as € 750 for the smaller low risk business.

Thompson Insurances have experience with placement and claims negotiation for complex multi-national Directors and Officers Insurance programmes as well as more traditional Irish SME programmes and everything in between.